FuckUp Nights Miami invites you to meet Cristian F. Robiou, acting Chief Operating Officer for Startupbootcamp – Digital Health + Chief Executive Officer and Chairman of Caribé Exotic Juice Co., Serge E. Charles, Director of Sales for Caribe Exotic Juice Co. and Alex Shapiro, co-founder of ORTEAS. Join these successful entrepreneurs as they break free from the stigmas surrounding “failure” and communicate failure as a positive step everyone must overcome on the road to greatness.

What are FuckUp Nights? FuckUp Nights is a monthly event where awesome people talk about one of their biggest professional or business failures in a candid and irreverent way.

What can you expect? Three or four fuckupreneurs will get up and share their story, including what the project was, what they did wrong, what they learned from it, and what they’d do differently.

Why are we doing this? Because you learn more from failure than success, and we have to shake off the stigma attached to failing – overnight success is often unrealistic.

SPECIAL THANKS TO: Sammer Gallery 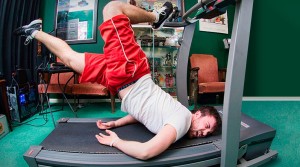